Born in 1967 in Barcelona, attained the Bachelor of Fine Arts at the Faculty Sant Jordi, University of Barcelona and School of Fine Arts, Paris. She also followed postgraduate studies at the Institut d'Hautes Etudes in Paris and the Rijksakademie beeld Kunsten in Amsterdam. When she finishes her studies, she lives and works in Barcelona (1985-1990), Paris (1990-1993), and Amsterdam (1995-2005). She currently lives in Shanghai and works as director of design concepts for the New Museum's exhibition space MOCA (Museum of Contemporary Art) in this city. 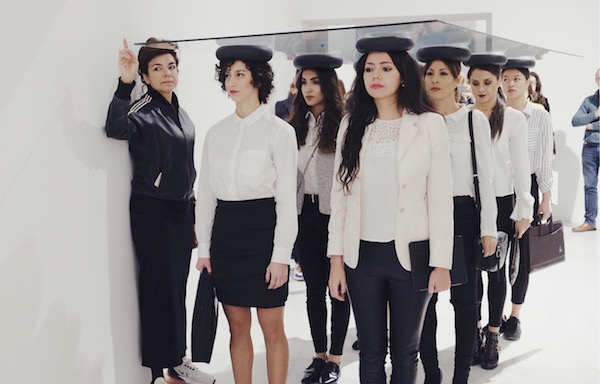 Her work, by some called "social art" or "new performance art", is a continuation of the performance art of the seventies and has points of contact with the actions of artists such as Marina Abramovic. Her belief in the limitations of art in communicating feelings and ideas, leads her to seek physical contact with the public through pieces that allow to enjoy unusual personal experiences. For example, in Sushi bar / Blood Bank (2000) viewers attend to an installation equipped with a double and antithetical function: feeding and blood donation. Another of her creations, E1 refugio para sexo inmediato, (2002), consists of evening dresses that transform into tents, which allow "camping" in a minute, anywhere. She has travelled around Europe transforming urban scenes and exhibition spaces and her installations and interventions have been seen in countries like France, Luxembourg, Germany, Holland and Spain. Some of her individual exhibitions include "A house forever," Girona Art Museum (1994), "The Dreamkeeper", Stedelijk Museum, Amsterdam (1998) or "Soledad Enlaciudad, MACBA, Barcelona (2000). Among the collective may be mentioned "urban visions, Center d'Art Santa Monica, Barcelona (1994) or" Miradas Indiscretas ", Fundación La Caixa, Barcelona (2000).