Born in 1957 in Vigo. Formed in Galician Philology. His professional career includes various tasks. He has devoted himself to writing poetry (he was part of Rompente) and some of his books are: "A Dama que Fala", "Silabario da Turbina" and "As Ladillas do Travesti" He also wrote fiction, plays and newspaper articles.

In the early eighties devoted himself to music. He was the singer and the author of the letters of the group Os Resentidos, which was formed in 1984. In it, he has had great success in his country, spent ten years. He also collaborated with the group Siniestro Total.

Once separated from this band, Anton created with the Basque Kaki Arkarazo (guitarist and producer), the group Nación Reixa. With it he recorded "Alivio Rápido" (1994) and "Mental Safari" (1997). In 1999 released a solo album, "Escarnio."

In the years that was devoted to music, the eighties and nineties, he also worked in the film world. Already in the year 2000 focused on the multimedia aspect (he is director of video, television and cinema). Two years later, he released his first film as director, "The Carpenter's Pencil."

He directed and presented programs on radio and TV. He made video clips of musicians as Joaquín Sabina y Siniestro Total, and was the creator of the TV series "Mareas Vivas." Now he presides the production company Filmanova (before Portozás Vision). 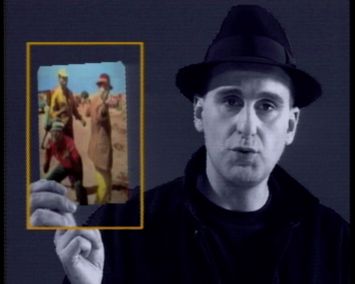