This Catalan video artist is one of the first to use both, the new resources offered by digital technology and the media impact it provides. His first contribution is Sísif, presented in 1995, simultaneously at the Museum of Contemporary Art of Barcelona (MACBA) and the Museum of Wellington in New Zealand, located in the antipodes. On the page which is divided into two parts, two naked men are pulling the same rope unifying metaphorically the world through the web. The next two projects, which are part of a minimal-conceptual line,  are reduced to the minimum terms of  the use of specific tools of the medium. Abad is a multidisciplinary artist who has reached the Internet after he explored the field of video and installation.

On February 99, his work 1,000,000, presented in Arco, wins the Ars Electronica award and is acquired by the Sanitas Foundation, becoming the first piece of net.art sold in Spain. In September of that year, Z is one of the three Spanish projects produced by the Mecad de Sabadell (Barcelona) to participate in the mega Net_Condition exhibition of the ZKM in Karlsruhe, Germany. 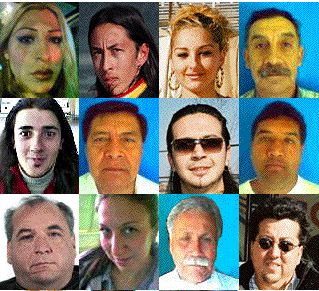 Antoni Abad's work, due to its diversity in records and supports, has a deep affinity for the imaginary universe of Kafka, in which animals act as a mirror of man. Born into a family of artists, he began working in the field of drawing and painting, but almost immediately sought their parts over the volume. He uses  “Soft” materials for his sculptures, such as braided plastic or foam, later carpentry metal structures for industrial use like Mecalux.

Throughout this first cycle of his work, which lasts until 1994 when he starts to use electronic media, Abad tries to combine a minimalist style with the dynamism of forms. This interest in the process, which implies a willingness to narrative, is evident in his early catalogs. It shows  the process of realization and disposal in the installation of parts, and not merely the object as something static.

The minimal search evokes his interest for the measuring unit, the 'exact' size of things, the experience, and the passage of time. At this point he drifts towards the audiovisual media.