Carles Guerra (Amposta, 1965) is an artist, art critic and independent curator. He studied at the University of Barcelona and The New School for Social Research in New York. Since 1996, he received a Fullbright scholarship and joined the group of studies on television's Media Studies Program at the New School (New York). Has been conservative in Art & Language in Practice (Fundación Antoni Tàpies, 1999) and "Dejar de hacer una exposición.Perejaume" (MACBA, 1999). He has organized conferences on visual culture, politics of recognition and education at  "la Caixa" (1999) and "¡Deprisa! Representaciones de la Infancia" (2001). He has organized the "Forum Quam-00", dedicated to discuss new methods of production in contemporary art (2000). He served on the editorial board of the journal "Acción Paralela" and collaborator of the newspaper "Avui". He has also been advisor to the supplement of the art magazine "El Temps".

He is currently consultant editor of the supplement Culturas in the newspaper "La Vanguardia". He has written regularly for international magazines such as Parachute and Art Monthly. His most recent productions are "Oficina para la tematización de la joventud" (1999-2000), and "N de Negri. Conversations with Toni Negri by Carles Guerra" (2000). In 2001 hes presented "A conference on youth" at the Centre d'Art Santa Mònica, a set of projects related to the idea of youth as a labor force. He is professor for graduates of Visual Culture Studies at the University of Barcelona and for the Master of Communication and Art Criticism at the University of Girona. 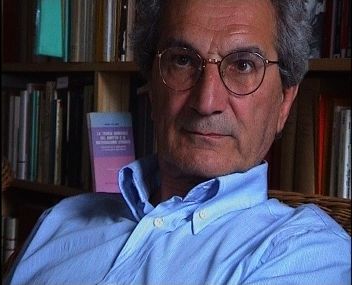