Valladolid, 1965. Dora García studied Fine Arts at the University of Salamanca, Spain, and the Rijksakademie in Amsterdam, Holland (1985-1992). She lives and works in Brussels.

Dora García uses the exhibition space as a platform to investigate the relationship between the visitor, the artwork, and place. To this end the artist often draws on interactivity and performance. Though minimal changes, not encroaching on the space, the room is converted into a sensory experience, with each visitor leaving it again with his or her perceptions altered, or at the very least perhaps with a degree of skepticism. By engaging with Dora García’s work we develop a sense to begin reading even the smallest signs as possible signifiers. The artist engages herself with the question of scripted experience, and thus visitors become protagonists in a fiction: sometimes knowingly, sometimes not.

Dora García has participated in international art exhibitions such as the Manifesta (1998), Istanbul Biennial (2003), Münster Sculpture Projects (2007) and Sydney Biennale (2008). She has exhibited in museums such as the MACBA, Barcelona (2003), MNCARS, Madrid (2005), MUSAC, León (2005), SMAK, Gent (2006) and GfZK, Leipzig (2007). This year 2009 she will have a solo exhibition in CGAC, (Santiago de Compostela) and participate with solo projects in "Playing the city" (Schirn Kunsthalle, Frankfurt, Germany) and Galleria Civica di Trento, Italy. 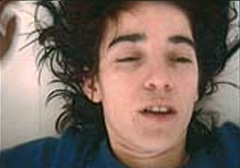