Fernando Ruiz Vergara was born in Seville in 1942. His artistic career began in the field of painting, sculpture, and ceramics, participating in various solo and group exhibitions in Barcelona, Brussels, Lisbon, Seville, and Huelva.

Between 1974 and 1975, while censorship was active in Spain, he organized film screenings for Spaniards in the north and south of Portugal, developing political activism through "cinema militante".

In 1975 he co-founded the Iberlibro bookstore in Lisbon and the Centro de Intervençao Cultural (C.I.C). In the latter, he directs the Cinema Stadium in Alges Dafundo and organizes the 1st Mostra Internacional de Cinema de Intervençao a year later in Estoril. He also co-founded in Seville the Equipo de Cine Andaluz E.C.A, Cooperativa de Producción.

In 1980 he directed and produced the controversial documentary Rocío, which won first prize at the 1st Seville Film Festival. This documentary was censored in the whole national territory. This film became the first to be judicially kidnapped in Spain after the approval of the 1978 constitution and after the disarticulation of the mechanisms of the dictatorship regime for censorship. Still today, the broadcasting of a fragment of it in our territory is still forbidden. The screening, at the time, in addition to causing a great scandal in the transition society, was followed by the condemnation from the portayed families, which led to the author's imprisonment and the censorship of fragments.

At the end of the 80's, Ruiz Vergara directed a documentary on the life of Portuguese musician Fernando Lopes Graça and scripted other projects for television, Os ventos, A llum occidental, Igrejas Ad Laetere; and private production companies, As seitas.

Ruiz Vergara passed away in Escalos de Baixo, Portugal, in 2011. 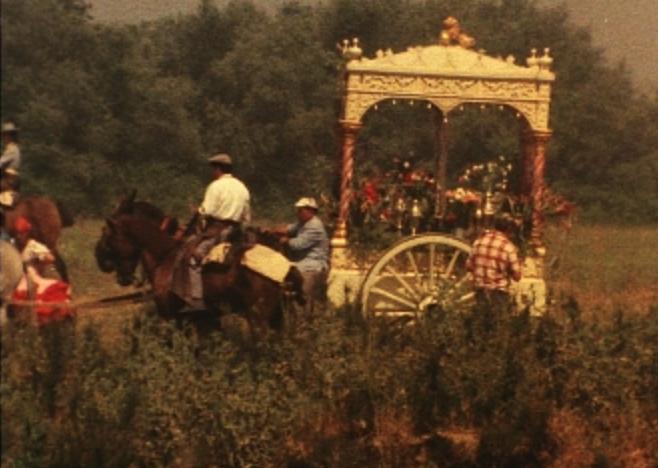