Born in Zumaia, 1980. Graduated in 2004 from the University of Fine Arts in the Basque Country, after a stay in the Academy of Fine Arts in Venice, Erasmus in 2002. In 2005 he was awarded in the contest for New Artists from Gipuzkoa. Then follows his career thanks to grants received by the Gipuzkoa Provincial Council, Arteleku, Aart Bilbo Donostia and Bilbao.

While participating in several film-related courses in 2007 ended his latest project, Hera Piadosa, which has been seen in places like the International Festival Rotterdam; Komenda Fabrikaat, Artis Den Bosch, s-Hertogenbosch, Netherlands.

He currently works in Donostia and Bilbao, and will soon participate in the last exhibition of Gure-Artea 2008 in Sala Rekalde, Bilbao. 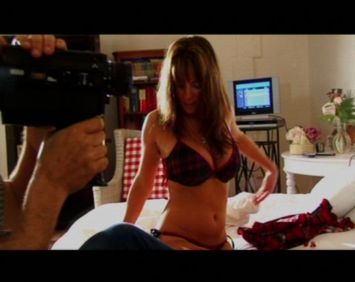 Uranga's works cover a variety of procedures such as video, painting, drawing, and installation. In a few years this artist has developed a track that surprised both for his youth and by demonstrating the aesthetic potential. By bringing in their work seemingly unconnected fragments of objects provides a sense that it is sometimes puzzling. The spontaneity with which it conducts its artistic interventions requires a new approach to the artistic process that is evident in the construction of his sculptures - if you can call it -. For the objects found with the pieces that shape endows them with meaning or change the original meaning, its functionality. Uranga shows that with the possible arbitrariness, randomness is not possible

The choice of materials define Uranga as a mop-gleaner gathering in parks, supermarkets or containers. The movement, present through items such as fans or propellers, or references to the aesthetics skate or construction, make the symbolic apparatus of his works.