I was born in Paris in 1982 as the son of immigrants from Galicia. Between 8 and 18 years I lived in A Coruña. I studied Audiovisual Communication, and graduated from the Universitat Pompeu Fabra in Barcelona in 2006. I am a member of the experimental cinema platform no.w.here (www.nowhere-lab.org) based in London, where I lived for one year. There I did my final project with Enrique Aguilar, Y las chimeneas decidieron escapar, a short film in 16 mm which was selected for the International Film Festival of Gijón. I have been awarded with the Jose Val del Omar award at the Festival of Granada, and was selected for the Visual Arts Exhibition organized by the Injuve.

I just finished Paris # 1, a 35-minute film shot in Galicia, funded by the Ministry of Culture of the Xunta de Galicia. Right now I am living in Tánger, Morocco, where I shot the piece Suena la trompeta, ahora veo otra cara, a piece included with the film by Chris Marker in honor of Andrei Tarkovsky Une journée dans la vie d'Andrei Arsenevitch, in the Intermediate Spanish edition that has just been published.

At the same time I am conducting a workshop experience in 16mm film, with a group of children at risk of social exclusion, a project conducted in collaboration with the Tangiers Cinematheque, Darna (www.darnamaroc.org), and funded by the Spanish International Cooperation Agency (AICE).

I am also working on the outskirts of Tangier Avantgardering, a film with the Gallic-Moroccan artist Yto Barrada. 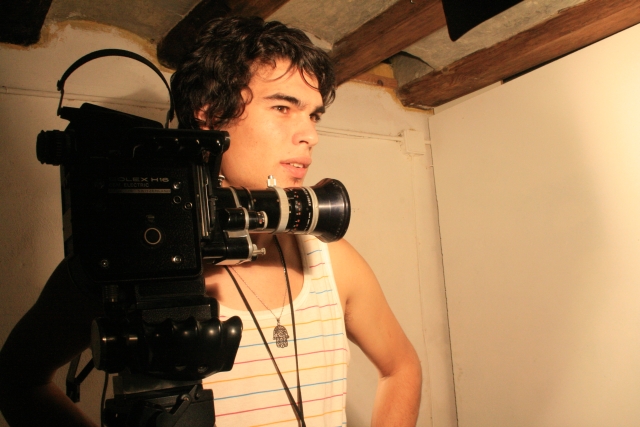