Xavier Villaverde was born in A Coruña. When he is 16 he makes his first film, an 8mm feature film titled “A Semente”. He continues to make short films, “A mis queridos padres”, “Tacón”, etc... and in 1982 he starts working in video as well. He creates with other partners his own production company.

In 1984 he directs “Veneno Puro”, a terror film in which he indulges in the possibilities of electronic postproduction. With the video he receives various national and international prizes, he is selected for a number of European festivals and screenings (the Forum at the Berlin Film Festival, among others). The video is shown on several European televisions.

He then directs “Viuda Gómez” which also wins various prizes and is selected for European festival and televisions.

In 1985 he creates Xavier Villaverde Asociados with Pancho Casal. They produce advertising commercials, an activity which they combine with the production of pieces for television and music videos. Among the latter, he directed “Golpe de látigo” in 1986, the Spanish contribution to the international programme “TIME CODE”. “Golpe de látigo” obtains the first prize for short film at teh 16th Internation Festival, Montreal and is shown on several European and North American television channels.

Some of the music videos that he makes starting in 1987 are “Galicia Caníbal” for Os Resentidos, “Entre tú y yo” for El Norte, and “La Madre” for Victor Manuel. CONTINENTAL was his first feature film, in which he directed Marisa Paredes, Eusebio Poncela, Feodor Atkine, Jorge Sanz, Alberto Alonso, Cristina Marcos and Fernando Guillen among others. He was nominated for the Goya award for Best First Time Director. His second film, FINISTERRE, featured Nancho Novo, Elena Anaya, Enrique Alcides and Geraldine Chaplin. With it he participates in the Official Section of the Valladolid International Film Festival and receives awards such as Best Film in the Festival Primtemps Du Film in Bordeaux, Best Cinematography at the Festival d’Avança, third prize for Best Film at the Brussels Festival, award of Best Film at the Dijon Festival (France), as well as four prizes at the Academia del Audiovisual Gallego. TRECE CAMPANADAS, featuring Juan Diego Botto, Luis Tosar, Marta Etura, Elvira Mínguez, Rosa Álvarez y Laura Mañá, is the third feature length film he directs. He participates in the Official Section at the Sitges Festival, Official Section at the Fantasporto Festival (Oporto, Portugal), Spanish Film Festival of Nantes, Valladolid Festival, Lanzarote Screenings, and is a runner up to a Goya prize. 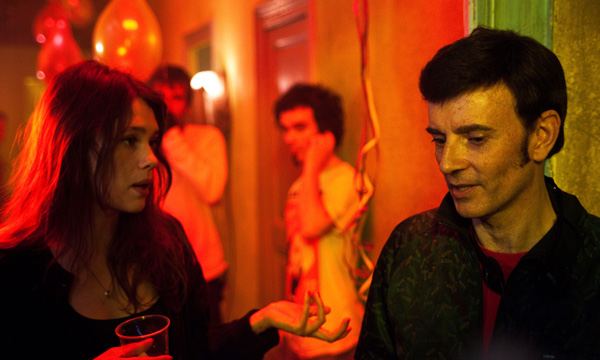