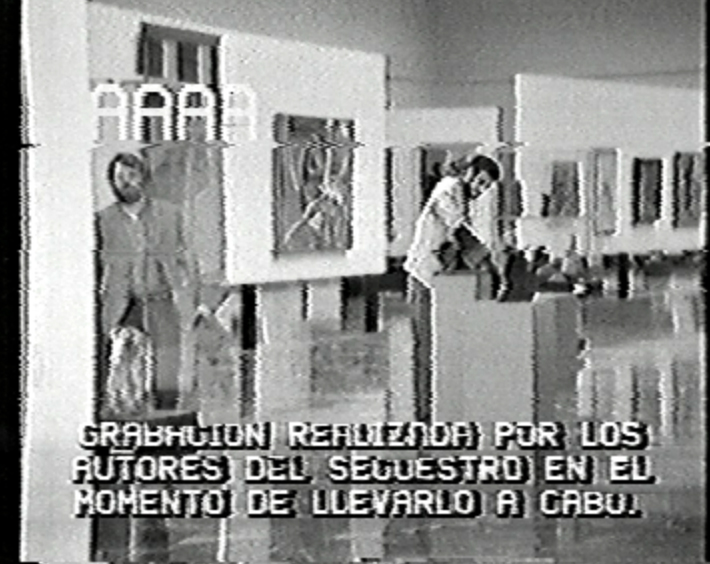 The EAE: Euskal Artisten Elkarten (Association of Basque Artists) was founded in 1983. It is an artists collective whose first action was to seize (or liberate as they call it) a piece of sculpture called “Homenaje a Malevich” (Homage to Malevich) by Jorge Oteiza from Bilbao’s Fine Arts Museum to then deliver it to the city hall. The aim of the action was to call attention to the privatisation of culture and to return to the people of Bilbao, the town hall being their democratic representation, the objects of culture that belong to them.

The action was recorded with home equipment and the whole operation was documented, starting with the robbery of the sculpture and ending with its delivery to Bilbao’s town hall, including the escape after the deed in a small car running through the Basque capital. The images recorded were later edited by Txomin Badiola together with images shown at the time covering the event on the mass media. We are therefore offered fragments of the press conference by the collective in a park, the statements given by some of its members and the opinions of the newscasters.

This piece, somewhere between guerrilla film and performance video, is a magnificent document of the action undertaken, and reflects as well a very specific socio-political moment.