Jaime Vallaure (Asturias 1965). BA in Fine Arts from the Universidad Complutense de Madrid. He begins his public artistic activity with video art, more specifically, with monochannel works that explore the aesthetics of the everyday and the familiar.

This first series of works presents basic relations and minor conflicts between human beings. This seeming lack of thematic ambition allows for a stronger focus on minimal questions related to the variables space/time, which are the essence of the moving image. The work material comes straight out of home video. One of the pieces selected for this catalogue is from this first period: “Tía Berti”. This short piece works with biographic material, contrasting two ages, two gazes, two smiles; in short, two ways of being in the world. The narrative axis of the video is based on that photographic pose that video captures so differently from the still image: that waiting in silence for the time of the shot to finish, a time which reveals a more intimate side of the portrayed character, very much in spite of herself.

The following are some of the most important titles of this first period: Yo creí que había que decir algo, Un regalín para la hija del Portero, Las fotos salen mejor sin ojos and Por favor, no me saques, all of them based on home video material.

The next period is represented by the piece Sería hacia el año 1918 n which he collaborated with Daniela Músico. This is a work of unequal distribution and acceptance. It perfectly combines its author’s concerns both in the artistic and in the technical fields. It is a chrome recording of an old man wandering aimlessly, at the same time that his memories are brought back to the present by a voice-over and thrown to the back of the image as if it was a giant film screen. A glass recycling container functions as a metaphor for the storage of a fragmented memory: individual memories end up broken into infinite fragments making up a compact albeit discontinuous memory mass.

The third period is represented by ¿Quién es?, and characterised by the use of tourist and travel video material, amateur recordings whose only purpose it is to preserve a fleeting and irretrievable present moment for the future. In this case, on screen we see Roman ruins, in a fixed shot that allows for the veiled appearance of absences into a space charged with emotional intensity. Time lets traces emerge from the architectonic ruins, as fleeting fragments of beings who will never return anywhere, disappearing presences almost without a body, intangible souls of little entitity, that can only generate flimsy and flickering shadows.

As time passes by, the video pieces assume a character associated with parallel art and social art. The continuous activity of the author in the field of performance from 1990 onwards, gradually guides his videographic thinking towards more complex territories, both from a formal and a structural perspective. Video is no longer considered the result of a process of analysis and reelaboration of a perceived reality, but rather the synthesis of a performative and communicative activity in which discourse grounds the construction of a concept. Video is not the starting point but the arriving point, the end of a journey, the closing of a process, the identity act of an experience; in short, the conclusion of an investigation.

Two works made together with Rafael Lamata have been selected from this period: ABC de la Performance is a dictionary raisonne about the vices and customs of this artistic practice. The piece was originally conceived as a conference-performance, and was later transferred to video, adapting its structure to the moving image format and with the model of the television newscast as referent. The collaboration of Daniela Músicco in her role as stewardess was crucial for the presentation of numerous interconnected and tortuous concepts.

The following work is Siete Cuentos para la Carcel de Carabanchel, also co-authored by Rafael Lamata. This piece is the conclusion of a process of collective intervention in the Carabanchel prison, with the inmates. It has been shown both inside and outside the prison, with the aim of transcending stereotypical languages, in order to reach unexplored formulas in the field of social and personal denouncement.

Jaime Vallaure is presently preparing together with Rafael Lamata an intervention in the Spanish pavilion in the 52 Vennice Biennial, with their conceptual/performative duo Los Torreznos. 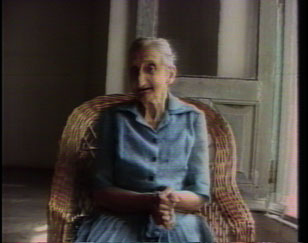