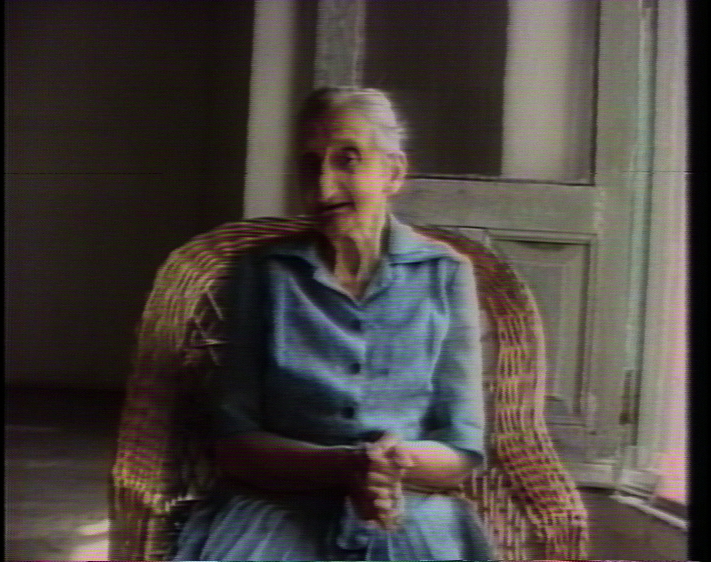 This is no doubt one of the more interesting and enigmatic works by Vallaure. In it, he introduces us into a meditation on consciousness, opening up a series of questions about perception, knowledge and consciousness, which he then does not attempt to close.

Vallaure creates an unsettling situation by juxtaposing two shots: one of an older woman who seems lost in her thoughts, and another of a young girl, who, despite looking quite nervous in front of the camera, keeps smiling at it. The older woman, whose lost gaze seems to suggest that she is not mentally sharing the reality of her most immediate surroundings, appears hermetic in front of the camera. Her prolonged silence can at times be quite disturbing. The girl, on the other hand, finds it difficult to hide her expectation and her gaze’s eagerness is unable to disguise her thoughts which show in her face openly and clearly.

No word is crossed between these two people, but the tension that is generated manages nevertheless to introduce the spectator into a very particular space, in which silence forces whoever is confronting this work, to decide how to get involved with it.