Malaga, 1966. On the lookout for a channel for personal expression, he arrives at the audiovisual world through video art, between 1984 and 1994 in Madrid. His first poetic works (videos and installations such as “Hablo en sueños”, “La mutación de los cuerpos” or the series “Epistolario”) are followed by a documentary experimentation (“La tierra de la madre”), which is today his main line of work as author and producer. Past and present, testimony and memory, illusion and truth, find themselves together in his images. The documentary feature film “Operación Úrsula” is his most recent production. He has also worked on other European co-productions on this line where reality and fiction are difficult to tell apart.

He has also authored texts and collaborated in audiovisual events. He is founding member of the associations DOCUS Andalucia and PECAA. He received his BA in Image studies from the Universidad Complutense de Madrid, has taught and attended courses on audiovisual production (the Eurodoc seminar among others). He is presently based in Malaga, where the MLK society is also based from which he develops this kind of productions for film and television. 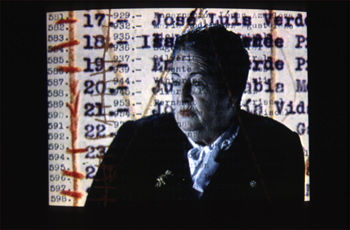