Macel·lí Antúnez Roca (Moia, 1959) is known internationally for his mecatronic performances and his robotic installations. Since the 1980s Antúnez’s work is characterised by an interest in the causes of man’s desires. He first worked on tribal performances with La Fura dels Baus and later on his own, with pieces that propose complex systems and which very often become hybrids without category. This might be one of the reasons why Marcel·lí Antúnez Roca is an artist difficult to classify. Since the beginning of the 1990s, when he began to incorporate and pervert technical and scientific elements and to interpret them via particular prototypes, he has provided his work with a renewed cosmogony on themes such as affection, identity, eschatology and death; concepts, that in his work acquire an ironic and human dimension provoking a spontaneous reaction in the viewer.

Since the beginning of the 1990s he combines elements such as the Parazitebots (Body control robots), Sistematurgy (interactive computer narration) and the Dreskeleton (a body interface in the form of an exoskeletal dress). There is use of biological material in JOAN L’HOME DE CARN (1992); telematic control by the spectator of a body not part of the performance in EPIZOO (1994); the expansion of body movements with dreskeletons (exoskeletal interfaces) used in the performances AFASIA (1998) and POL (2002); an involuntary choreography with the parazitebot in REQUIEM (1999) and microbiological transformations in RINODIGESTIO (1987) and AGAR (1999). His performance EPIZOO was a major event in the international art scene of the mid 1990s. For the first time, the performer’s body’s actions were controlled by the spectator. In this performance, the public interacts by means of a video game with the bodybot that Antúnez is wearing, moving his buttocks, his pectorals, his mouth, nose and ears. The piece aims to transmit the paradox where inert virtuality and physical vulnerability are found together. At the moment, Antúnez is working on the spatial work of art and its utopic consequences in TRANSPERMIA.

He was a founding member of La Fura del Baus, a collective of which he was part as artistic coordinator, musician and actor since 1979 until 1989. With this group he presented the macro-performances ACCIONS (1984), SUZ/O/SUZ (1985) and TIER MON (1988). In addition, he participated from its foundation, in 1985, until its end in 1992, in the collective LOS RINOS. Antúnez’s work has been exhibited in international spaces such as La Fundación Telefónica in Madrid, the P.A.C. in Milan, the Lieu Unique in Nantes, the I.C.A. in London, the SOU Kapelica in Ljubljana, the Cena Contemporánia in Rio, the MACBA  in Barcelona, the DOM Cultural Centre in Moscow or the DAF in Tokyo, among others. His performances have been staged in the International Festivals EMAF, Osnabruck, Germany, Muu Media festival, Helsinki, Nouveaux Cinéma Noveaux Médias, Montreal, DEAF, Rotterdam, Spiel.Art, Munich, Ars Electronica, Linz or the Performing Arts in Seoul, Korea, among others. 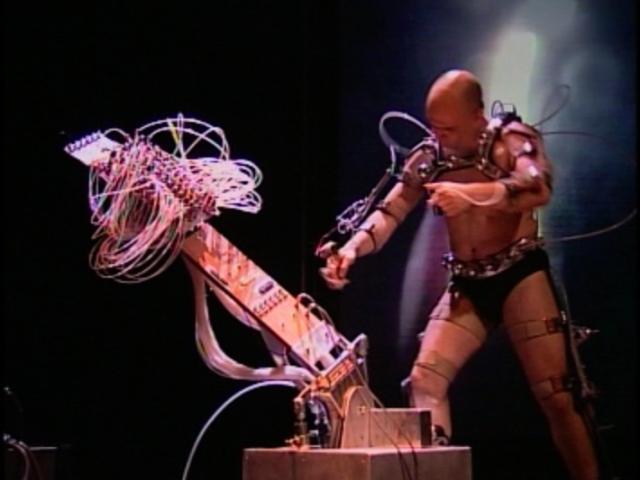