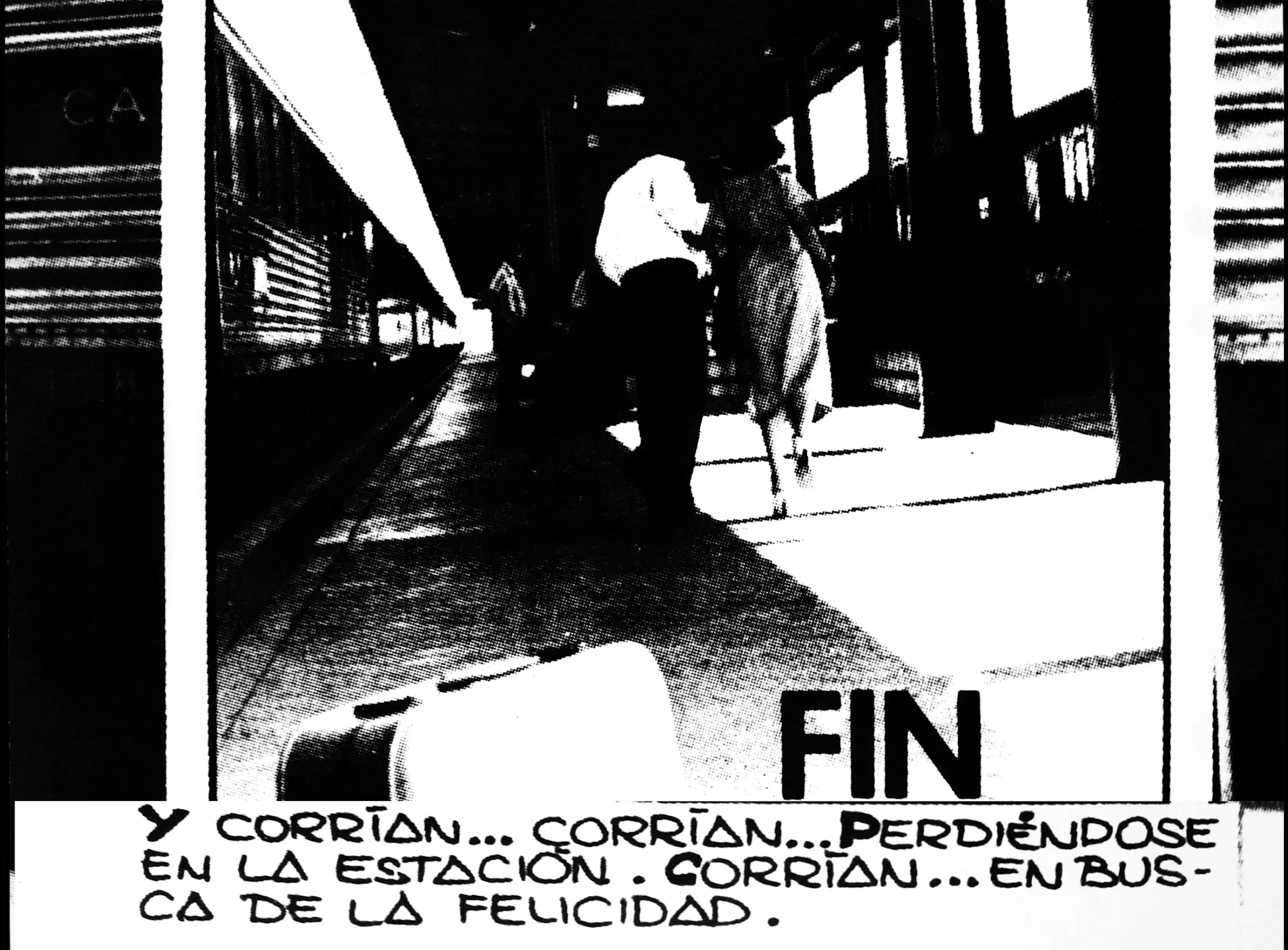 'FIN (THE END)' conforms of a collection of 100 romantic photonovel endings that the artist Eugènia Balcells selected with the purpose of exposing the stereotypes on which this editorial genre, very popular during the 60s and 70s in Spain, is structured. Each 'FIN' (THE END), narrated with comic and cinema codes, somehow condenses the narrated story and represents in turn the beginning of a new story that we do not see. The artist exhibits a series of story endings, which basically repeat the same projection of an affective relationship based on the clichés of romantic love.

Eugènia Balcells works as a recurring theme the critic of the stereotyping of the image and gender roles. This series of endings revolves around the dream of happiness and the concepts of the couple, structured around the notions of dependence, success and future, representing the stereotypes of men and women in the narratives of photonovel.