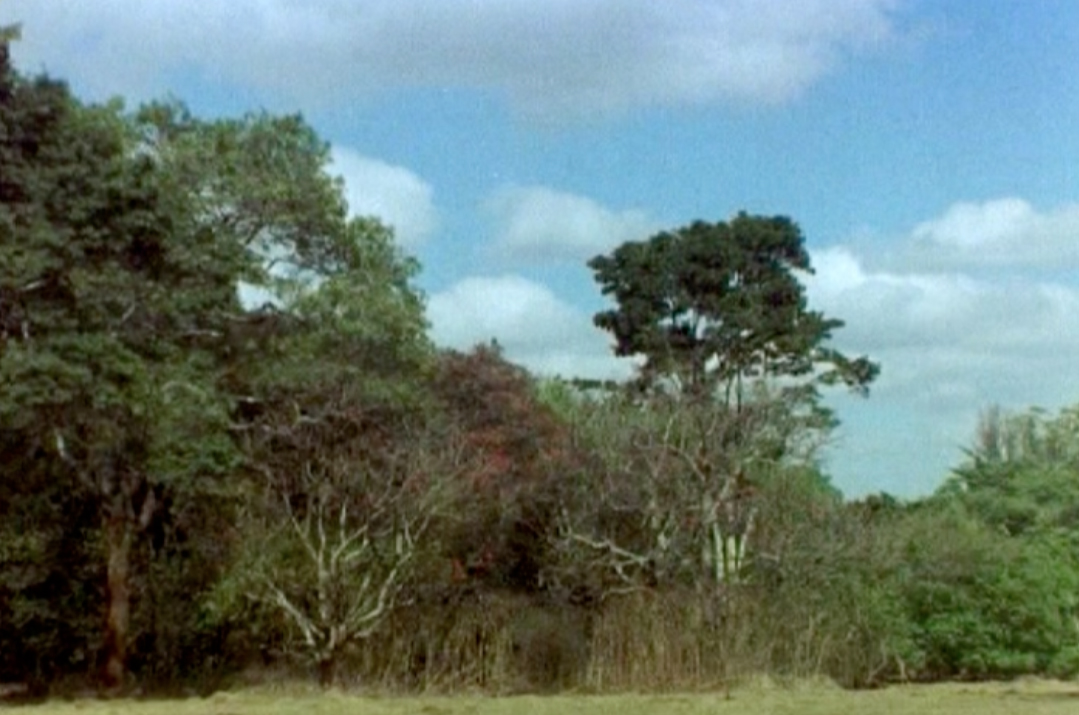 The film asks how a landscape and a war trauma are interrelated. In 1979 the Zimbabwean liberation war ended, overcoming the apartheid system of former Rhodesia and appointing the liberation leader Robert Mugabe as president – who still is in power today. The war lasted for 15 years and mostly had taken place far away from the cities in the bush lands all over the country. In this natural landscape traumatic scenes of violence and unimaginable atrocities were comitted by both combatting sides, but never have been reported officially to the Zimbabwean public. No truth and reconciliation comission (like later in South Africa) was installed after the war. On the contrary, the cruel events are tabooized until now and thus continue to traumatize a post war society. Former political or ethnic hostilities are still alive, sudden outbursts of violence can happen in a surrounding that looks pacified. 2 years before the war started the National Botanic Garden was founded. Situated in the heart of the capital Harare it represents all different landscape and vegation forms of Zimbabwe. Normally serving as a place for botanic research and a leisure ground for the public the film Hortus Harare however understands it also as a landscape model of a post war trauma. It is asking how innocent a natural landscape still can look and sound alike when it is charged with memories of a traumatic history.

The film Hortus Harare takes advantage of some special technical characteristics of the 16 mm format. Besides the images that were shot with a camera and the sound that was recorded on original location the film also works with “direct” images and sounds. This means that original plants from the National Botanic Garden in Harare were directly put on unexposed film material resulting in filmic fotograms of the plants. Thematically this was done in reference of the library of specimens in the Garden where botanists since the 19th century had collected and classified thousands of plants fixed on paper. And using another special characteristics of film material the sound area on the film strip was used for this direct printing process as well. This means that the parts of the original plants that were put on the film material and were exposed as fotograms also “wrote” (by their exposure) the soundtrack on the film material.