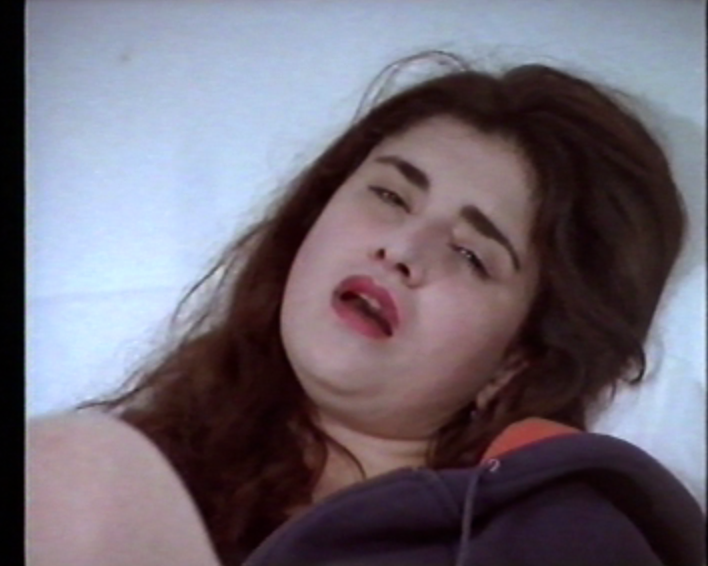 Retratos is an investigation into intimate and personal worlds that portrays individuals as they climax. A face is shown. Its expression changes as the masturbatory act, in which the face’s owner is partaking, develops. Five very different extasies are shown on the white wall.

With the sound of a domestic film projector and a distant television set as background, Jana Leo hereby delves into an exploration of the faces of five of her friends. The camera only registers the face of the one being portrayed in each instance. Five different people stand before it, including the artist herself (the closing credits suggest that there are more). During each of the portraits the same process takes place, but the conclusion is different each time. The faces, leaning on the wall (they are supposedly sitting down), start off with a relaxed complicity with the camera. As the video progresses, they start getting tense, they groan, and feel, and finally find extasy. We suspect that off camera they are all masturbating as they pose. One of them even refuses to continue and leaves the scene.

Many of the artist’s friends are famous popular culture figures of the moment, like Lucía Etxebarría and Rafael Doctor. The piece therefore can be read as a generational portrait of the end of the 1990s. Cultural agents and producers, all conscious of what it means to pose in front of the artist’s camera, masturbate to produce a work of art. This awareness of the meaning of what they are partaking in, is obvious from the beginning of each section, as all of them start by throwing complicit looks at the camera. But, as the excitement develops and by the time they finally reach orgasm, this consciousness has completely disappeared. It is paradoxical to observe how from the public space within which each of them starts, they all gradually retreat into a more intimate space, forgetting where they are and for who they are exhibiting themselves. The portrait takes place in the changes registered on each of the faces until the final climax is reached, the moment at which each of the individuals is shown singular and unique.