He develops different activities related to the world of spectacle and the audiovisual world. He has worked as an actor in theatre, dance and interdisciplinary performances. (Zotal Teatre, and Roseland Musical among others)

He has performed in polypoetry recitals reading his own texts. He has created and interpreted with Ona Mestre the pieces Ambra and Tot és Tat, a spectacle of text, voice and movement.

He makes videos that document and promote cultural and artistic activities, especially dance performances. (since 1992, about 70) He works on his own projects of video art and video dance. (Aral, Sopa Bàsica, Mundana, Trobat Temps Perdut among others). His videos have been screened at approximately 90 events, exhibitions and festivals worldwide.

He has taught courses in video dance and also in pixilation (animation with objects and people). Together with Mariana Jaroslavsky and Lucas Caraba he made the television programme Escenes in BTV (Barcelona Televisió) from 1999 until December 2004, a weekly programme about current themes related to the world of performance. (238 programmes)

In 2005 he has written for the programme B360 (Barcelona Televisió), a daily programme of information about cultural current issues in Barcelona. 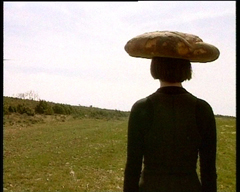 Professionally, he develops his work with videos linked to the world of culture, mainly the scenic arts. His personal pieces as author/producer are more sporadic. However, his career dates from the beginning of the 1990s. His pieces can be catalogised as video art and video dance, as he is always interested in a visual investigation, with an invariably personal sense of humour.