(Nerja, 1959) visual artist, his work is from the beginning marked by its political nature, which is installed through a subtle and deft handling of language and reading of images from everyday life or the media, making a sharp critique of contemporary society and culture that never forgets its ironic and poetic subtlety. His work combines both elements and procedures governing the plastic arts and literature, visual arts or social science.

Since the late 80's he has been showing his work through exhibitions both in galleries and museums and through the implementation of public art projects in relation to identity and collective memories, such as Malagana or Malaga 1937.

He has participated as guest lecturer at numerous schools of Fine Arts and institutions related to contemporary art, such as the Centre de Cultura Contemporanea de Barcelona, Universidad Internacional de Andalucia, Arteleku or the Institute of Aesthetic and Theory of Arts, Madrid.

In 1991 received the third award given by Pablo Ruiz Picasso Malaga Foundation of the same name, in 1995 the Ministry of Foreign Affairs granted him residency at the Spanish Academy of Fine Arts in Rome. During the year 1999/2000 enjoyed a scholarship for visual arts from Marcelo Botin Foundation.

Since 1999, he is conducting the project "El Paraiso de los extraños" in which he analyzes the construction of the image of the Islamic world in the West. 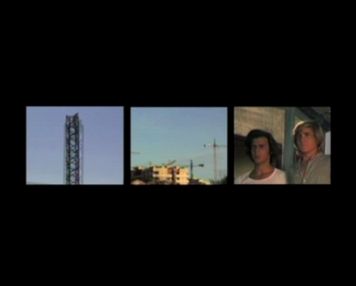