David Bestué (Barcelona, 1980) and Marc Vives (Barcelona, 1978), collaborate as artists since 2002. At this time they began the concept for the generic title "Actions" and ending with the project they intend to present in Berlin. The first part of this series was the book "Actions in Mataró" produced by the Foundation 30 km / s. This publication shows images of a set of actions that the artists did in the city of Mataró and in presenting her world. A universe in which mix a closer observation of the environment fraught with irony and very personal touch of surrealism, with references to art history, always present in his work.

The second project of this cycle was "Actions at home," begun in 2003, carried out with the award for projects "Miquel Casablancas Prize", and later was awarded the Generations of Caja Madrid in 2006. In this case the format was the video which showed a serie of actions in a particular house, following the logic of the earlier draft but keeping in mind notions such as privacy and relations outside / inside.

The last project in this series was "Actions in the body" (2006), made from the invitation and production of 29 enchufes, association nonprofit in Madrid. In this case they developed a theatrical representation in a single day, which led to field actions private as possible, the body itself. From the representation released a video that was presented to Estrany de la Mota Gallery with a statement.

This cycle ends with the project "Actions in the Universe" which eventually led the meanest and concrete particles and inside the body, even the most general and abstract as it is the Universe.

Other joint projects:
- "Moments Estelars de la Catalunya Contemporánea". Poster done by the Centre d'Art Santa Mónica in the line of posters promoted by the center since 2005.
- "Images of the World's End". Presented at the 987 laboratory Musac 2006, and consisted of a series of photo collages anticipating possible images that suggest the end of time at a mental level.
- "La Historia del Alacrán Enamorado". Presented at the Huerta de San Vicente, the house and the headquarters of the Fundación Federico García Lorca Granada within the exhibition curated by Hans Ulrich Obrist "Everstill" on 24th November. In that case presented a play inspired by Lorca texts in which the players were robots - robots insects that moved and talked, under the bed of the poet, playing different characters in the play. Both the text and presentation are a reflection on the work of Federico García Lorca and his figure. 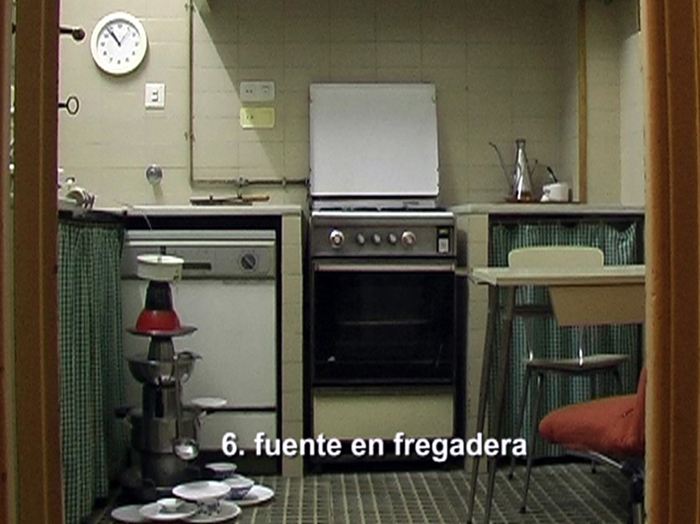