Among other prizes and acknowledgments, she received in 2006 the Prize for Art Practice Iniciarte and a grant for film production from the Junta de Andalucía for the project “Meet my Meat N.Y.”. In 2005, she received the prize RTVA-Zemos98, the Barcelona VisualSound and the Jury Prize Intervenciones.tv 6, Fundación Rodríguez.
She was shortlisted for the prizes Imagen Transmediale 03 (Berlín); Injuve01 (Madrid); Eurovídeo 01 (Málaga); Certamen de jóvenes creadores del Ayuntamiento de Madrid and Festival Alacant/Vídeo. 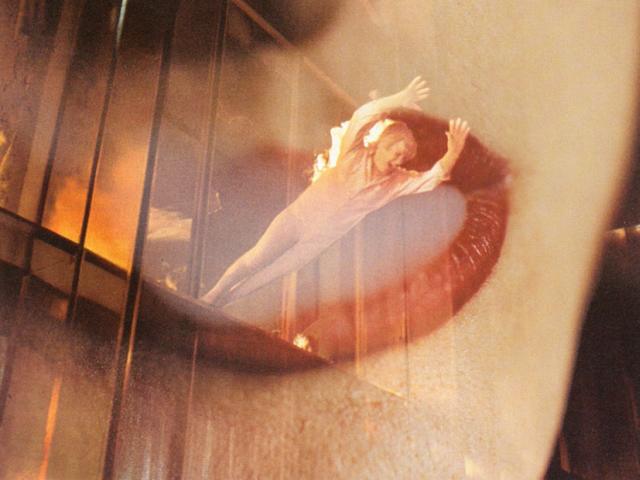 María Cañas, audiovisual artist and cannibal; art curator, collectionist and archivist; organiser of singular contests in the Internet having to do with appropriationism, with a Iberico ham as the suculent prize.

Her work is experimental, unpredictable, chaotic and mordant. By means of iconographic cannibalism, she invites a reflection on the strange mixture of the fun, tremendismo, and lugubrious and sensual imagery which surrounds us.

Video pieces, photomontages, online televisions... with a great sense of humour that oscillates between irony and the prank, subtlety and obscenity, this Sevillan woman deforms in the mirror of her reflections the clichés and stereotypes of the Andaluz and Spanish imaginary: reality shows, the universe of the Iberico pig, the Fiesta Nacional, folklorism...

The work of María Cañas is a delirious visual torrent in which iconography and pornography, cinephilia and zoophilia go hand in hand.

In www.animalario.tv Cañas proposes other possible modes of production and distribution of the art performance today; as in her film El Perfecto Cerdo (2005) -a delirious and excessive metadiscoursive exercise about the “swinelike character” of information nowadays- which is also a declaration of principles: if we can make good use of everything in the pig, so can we with the contemporary image, wherever it comes from.

Her documentary scratches and collages, of the sci-fi-surrealist genre, under the notion of a cinema without limits, reach a large variety of narrative trajectories  (false documentary, music video, vj, film essay, video performance, video art, found footage, home video...) and attempt to explore the hidden truth of images.

Cañas has found in appropriationism and double linking (an image or an idea that refers to another previously known) rich soil for meta-artistic reflection. Following this thread, she generates pieces that refer to others, to illuminate and/or pervert them.

Iconoclast, uninhibited, audacious and incorrect, many times excessive and imperfect, others brilliant and extremely funny... There is still a lot to discover in and write about María Cañas.