DSK is the name under which Juan Lesta and Belén Montero together produce and direct artistic projects: real-time video for live concerts, music videos, video installations, video creation, visual and multimedia projects... these are just some of the fields they work in.

1. DSK directs audiovisual projects in which music and sound are of vital importance. DSK also produces video art pieces such as 1848-2002, multidisciplinary projects such as CODECO which encompasses the production of physical objects as well as performance, and installations and space interventions.

2. DSK generate real-time video for live gigs. They support electronic music groups and artists in festivals and other types of events. By approaching video production in terms of the concept of a "live performance", the producer achieves a level of contact with the spectator that is very difficult to get in postproduced products. Panel of video live pieces.

3. DSK produces music videos. "Dualidad" (Duality), from a tune by Prozack was their first piece. "Six minutes of suggestive images that captivate the gaze and the anticipation of the public, generating in the latter feelings of anxiety, curiosity and intimacy". The video was made for the record company Elefant Dance Recordings and was broadcast on digital music channels. It was selected for European and Spanish festivals and received the first prize at the Festival of  Video Creation Alacant '99.

4. DSK projects videos during music live performances. These are videos based on DSK's own postproduced image loops. Video projection panel. DSK projects slides during music live performances. The selection of slides changes depending on the theme and the session it is being projected for, Slide projection panel. Sometimes DSK combines music and video for different venues, art exhibitions, shop windows, etc... Installations and Accessories compartment. 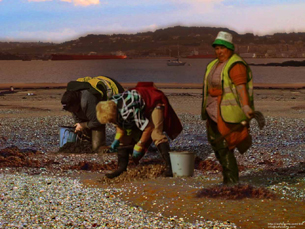