After graduating in Fine Arts from the Universidad Complutense de Madrid, Sally Gutierrez moved, with the help of a grant, to Berlin, where she lived for some years developing her art work and participating in the artistic movement as well as in various initiatives by independent artists of the Mitte district, after the fall of the wall.

In 1998 she moved to New York with a Fulbright scholarship and did a Masters in Media Studies at New York University. In 1999-2000 she received a grant by the Whitney Museum of American Art Independent Study Programme and during the academic year 2000-2001 received the grant/residency by the Lower Manhattan Cultural Council World Views in the 92nd floor of the Twin Towers.

After her return to Madrid in 2001 she created the bilingual and non-competitive art teaching method Art & English with her sister, Gabriela Gutierrez Dewar, with whom she also co-directs short documentaries. At the present moment she continues to spend part of the year in Berlin and travels often to New York.

Sally Gutierrez has participated in numerous exhibitions, both in Europe and in the USA. Here videos have been screened in many video and film festivals. She has taught at the New School University and the Colegio Alemán de Madrid, and has led various workshops on Art & English. She has spoken about her work in seminars and conferences. She is presently working on various new projects. 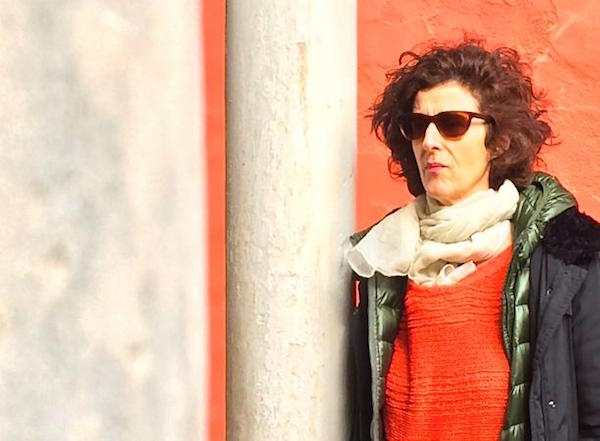 Sally Gutierrez’s work falls within an area somewhere between art and documentary. Via the relations between the everyday space of the individual and his exterior reality, both physical and social, Gutierrez questions the new and well-to-do notions of the meaning of the urban environment in a changing society. At the same time, her work, focused mainly on video and photography, uses strategies of fragmentation, repetition and simultaneity. Her pieces make use of media such as photography, drawings, and especially video, in installations as well as monochannel videos.

As stated by the curator Chus Martínez: The work of Sally Gutierrez is unique for many reasons. The first and foremost is the precise and sophisticated approach to the relationship between the research and contextualisation of the subject, and its translation into images. Her work, which many could confuse with documentary work, goes further beyond. The relations of collaboration that she establishes on the ground have as a result not a narration, but rather a polyhedron of images and text that allow us to glimpse at two fundamental aspects of contemporary culture, which are often ignored by the media: the complexity and irreducibility of a concrete situation to one sole reading, and the capacity of an image, not to represent a situation, but to help us analyse our own construction of it.

Besides her individual work Sally Gutierrez has designed and developed critical artistic projects based on collaboration, such as Scene of the crime/Escena del crimen, Your View, and Go! This type of projects usually function at different levels. On the one hand the critical component becomes reflexive in that participants are asked for or demanded a self-critique in as far as they participate. On the other hand, these are projects that have been conceived of as a dialogue, with a strong dosis of irony and freshness, and which try to establish possibilities for a collective artistic activity inside, outside, under and on top of conventional art institutions.